The bait hive and the long-eared owls 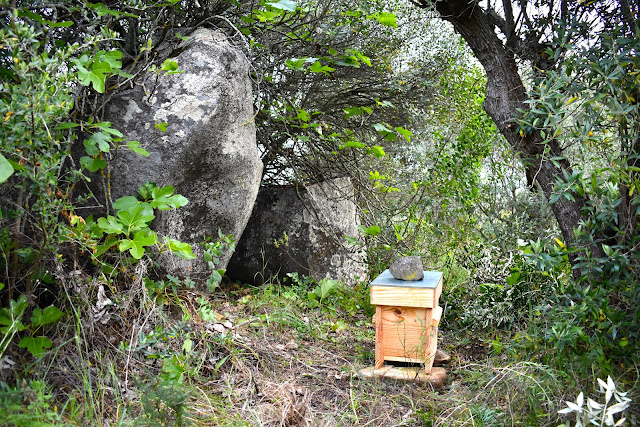 Early April. Manuel had spotted a swarm at the basis of a tree, in the middle of one of Campinho's olive groves. We went with Miguel to install a top bar bait hive. As we were doing so, a large bird flew away. We didn't pay too much attention, thinking it was a buzzard. As we were walking back and forth between the swarm and the hive, we spotted another moving bird in the branches. They had been looking at us. It was a family of Long-eared Owls (Asio otus) with at least two large pulli. It looked as if one at least was engaging in flight training. We quickly moved away to let them in peace. 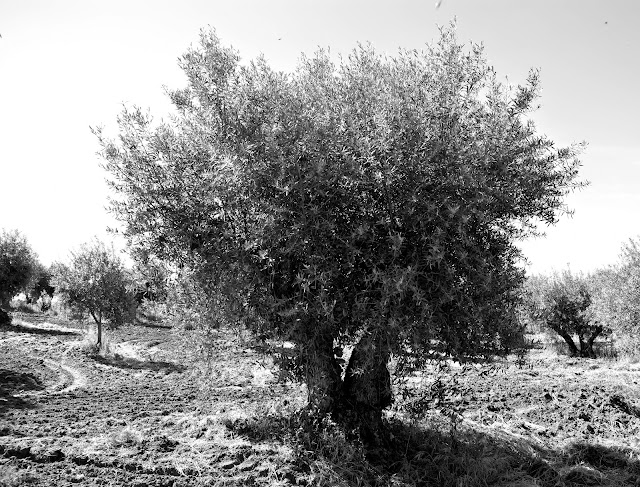 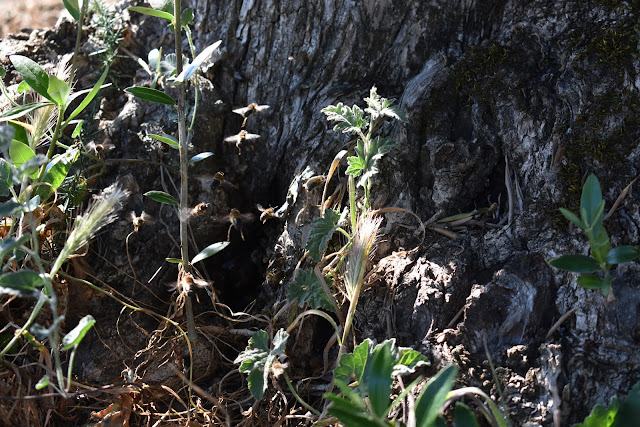 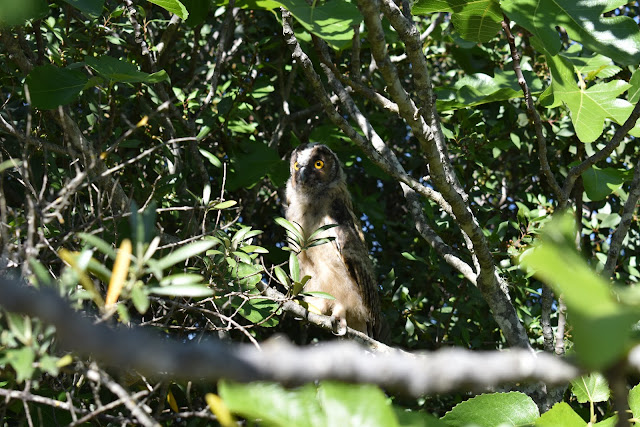 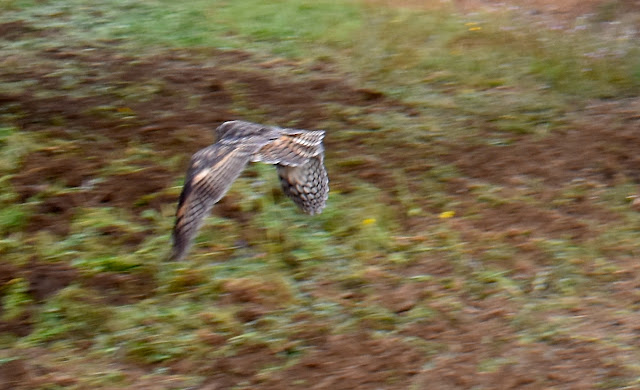