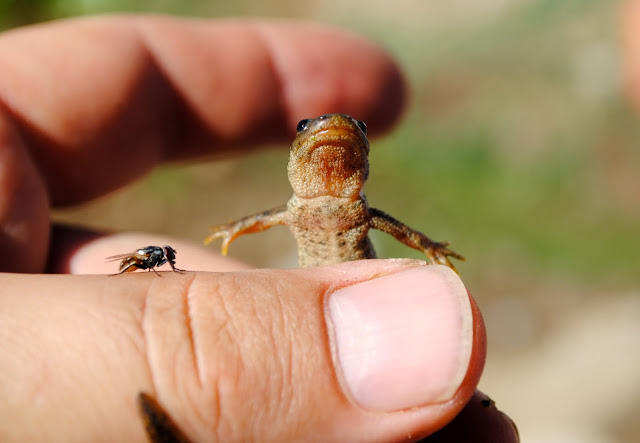 Late july. We were emptying the tank's water at the Horta and Marion discovers this amphibian that was unkown to us. We have no clue about how it arrived there as the walls of the tank are vertical. So far, we had observed Triturus pygmaeus, Hyla arborea, Bufo calamita, Pelodytes punctatus, but never this kind of urodeles. So, we asked around and Marc Franch told us that it was a Sharp-ribbed salamander (in Portuguese: Salamandra-de-costelas-salientes). It is not rare in the south of Portugal. The defense function of its ribs is quite interesting and the species has also travelled several time... in space! So, a new species for the Monte and quite an intriguing one! 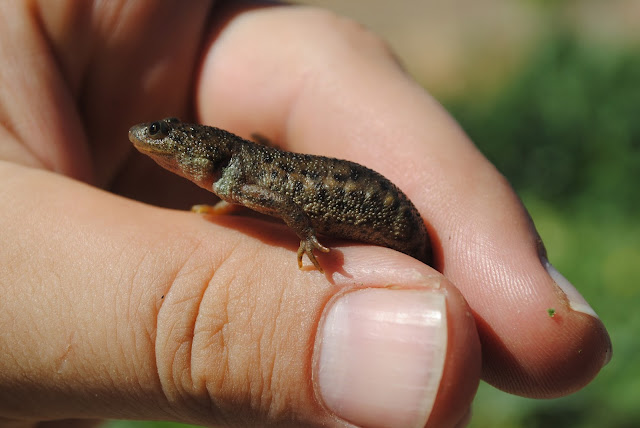