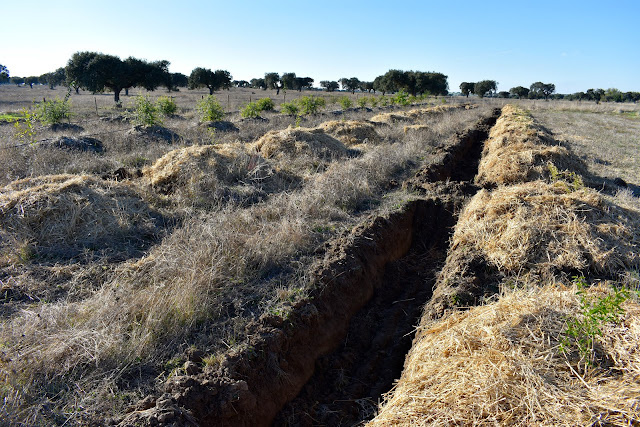 Our technique is one that involves swales on contours, interrupted with a small dam every ten meter -  an Ethiopian improvement, aimed at avoiding any problem in case we are not perfectly on contour. The soil taken away from the swale is used to build small hills on which we will plant one tree. This is meant to avoid excessive humidity in the winter and to increase soil depth. The distance between each hill is 3, 5 m. Once the trees are planted, each hill is mulched with a small bale of straw, that we decompose into thin tiles of straw. The results from last year's experiment have been very successful so far. 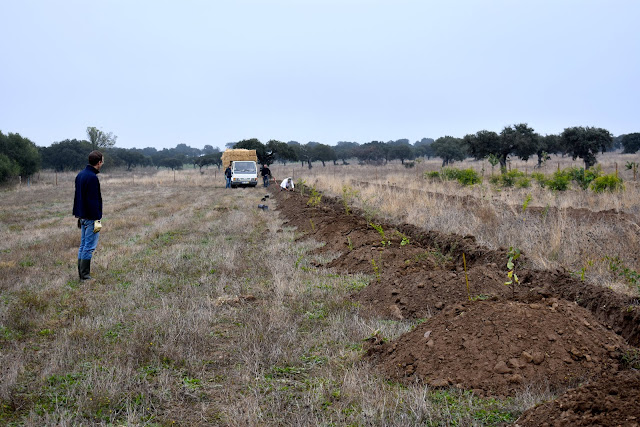 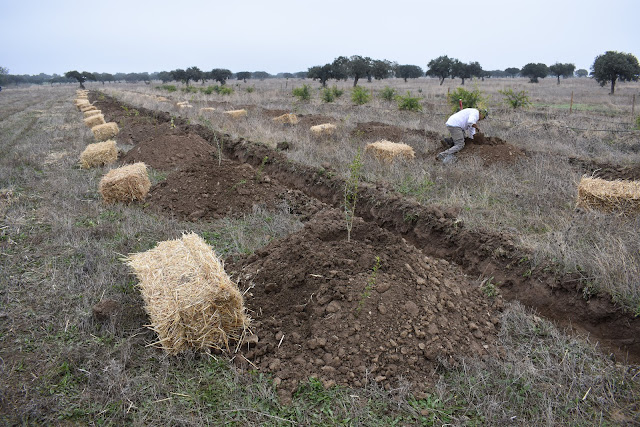 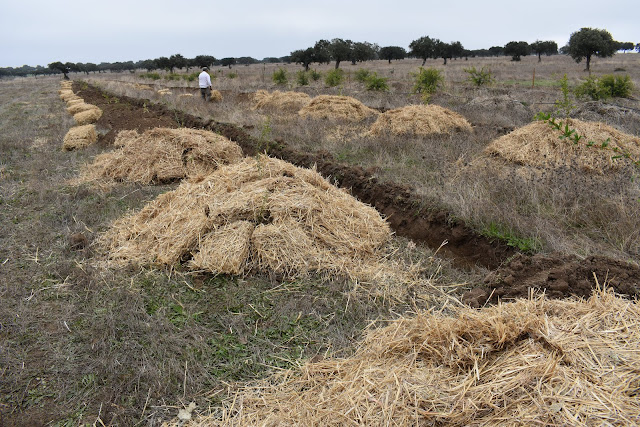 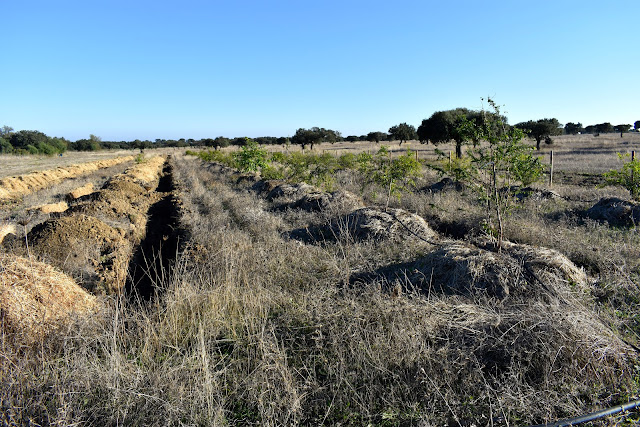 Above, you can see the large orchard with the two lines planted last autumn (on the right) and the two new ones (on the left). It is located at the bottom of the valley, with deeper soil.

Below is a smaller orchard of 50 trees mixing mostly figs and pomegranates at the top of a slope, with more superficial, stony soil and southern exposure. We had started the digging over the summer preparing one bale per hill and covering the bottom of the swale with straw. With some of the large stones, we also built a small shelter aimed at snakes and little owls. 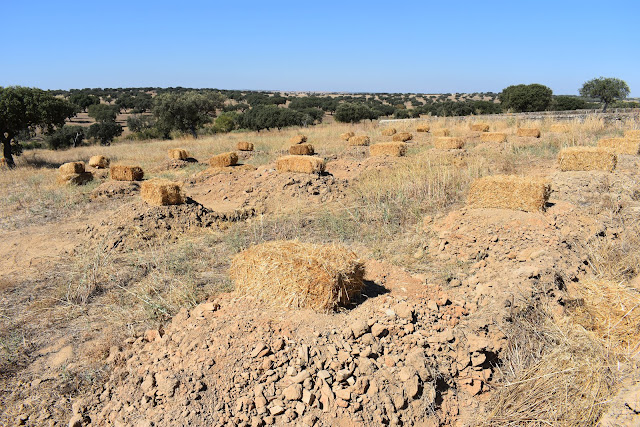 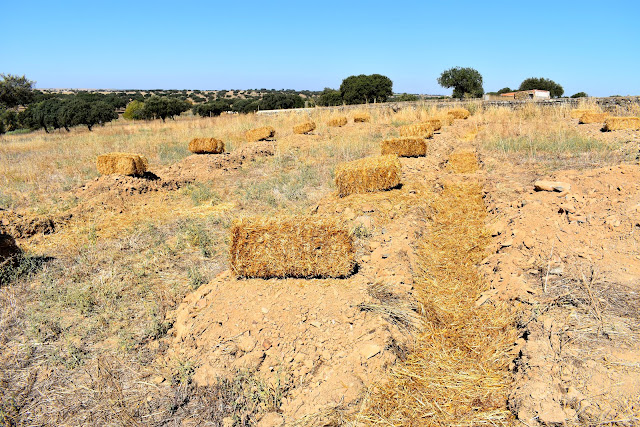 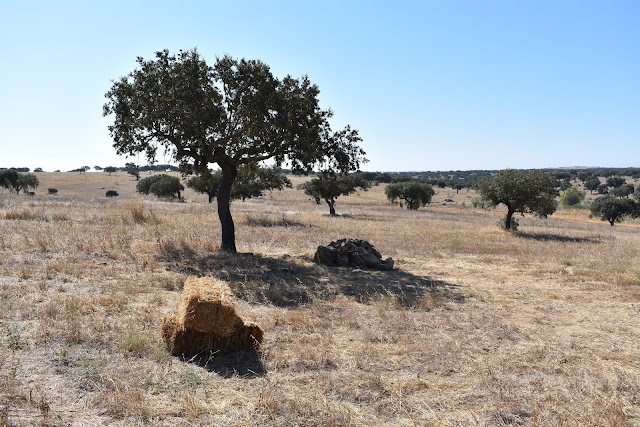 The work on that higher orchard was completed in November too. We planted all the trees and managed to harvest the first runoff water. 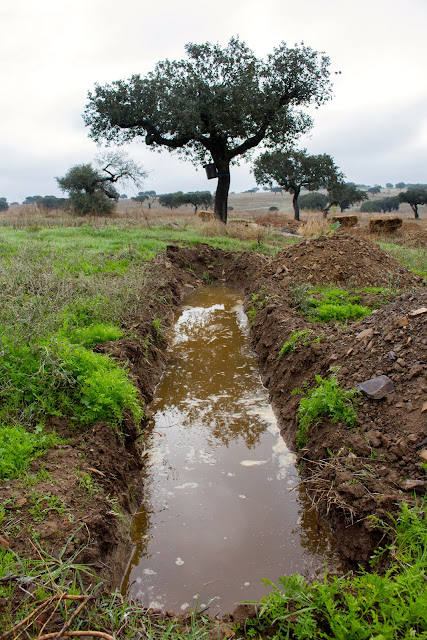