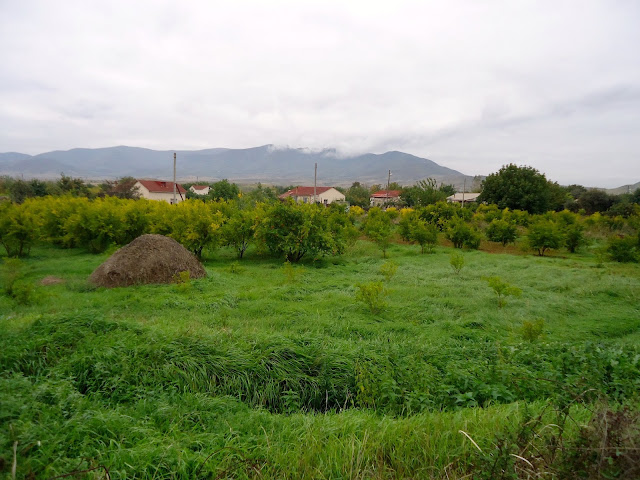 "In Shaili, we met with the pomegranate orchardist Armen. He told us that he only cultivates two of the most widespread cultivars which he referred to as Gyulasha 1 and Myursa. They probably correspond respectively with "Gyulasha Armenia" and "Bala-Myursal", the latter meaning "Cherry of Myursal" and being referred to in Ashton's volume on pomegranates. Gyulasha Armenia has large bushes with standing upright branches going up to 5 meters. The fruit is round and flat with a convex base and a wavy peak. It has thin, flexible, smooth and shiny rind. It tastes sweet-tart. Gyulasha Armenian is very abundant and in a season, it produces nearly 20 kg harvest per tree. Here are some Gyulasha Armenia bushes. 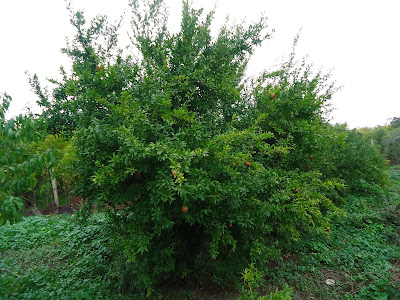 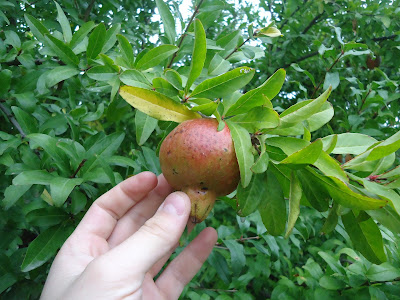 Gyulasha Armenia is the longest keeping cultivar in Artsakh. People keep the fruits up to one year and use them for various purposes. Orchardists keep the pomegranates in cellars, but the sellers keep them in fridges. They use this cultivar to produce juice and wine, which is delicious and of high quality. 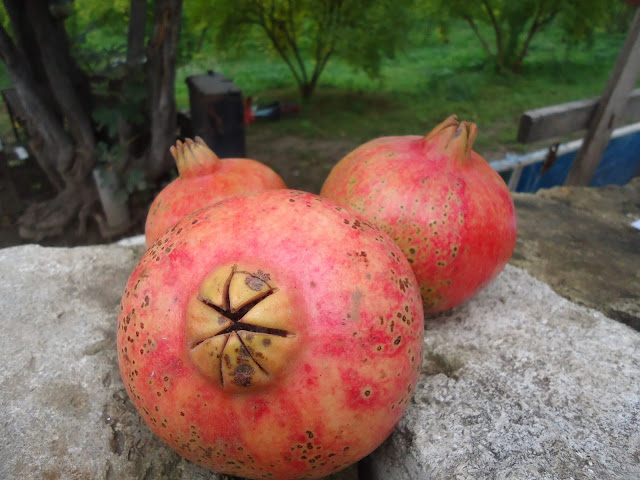 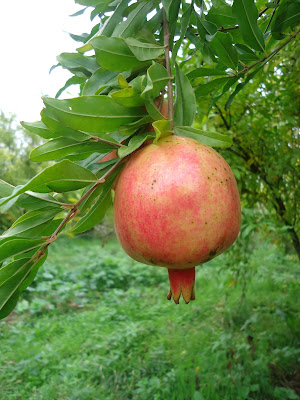 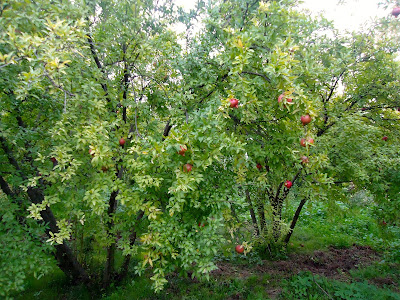 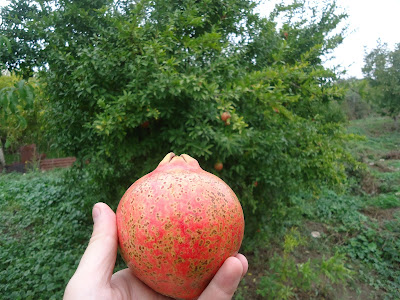 The second cultivar is Bala-Myursal. It is a very nice and juicy one, maturing at the end of september. However, it is not a long-keeping fruit. The bush has weak thorny branches. The fruit looks round, dark red and bright. It tastes sweet and it is delicious. One bush of Bala-Myursal produces nearly 25 kg in a season. 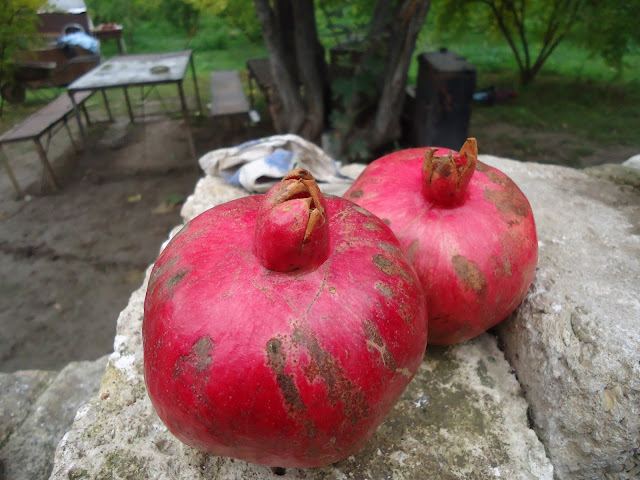 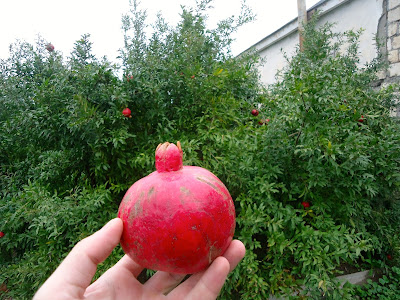 We then continued our explorations and met another orchardist from Shaili: Taron. He came to Shaili from the Armenian town of Vanadzor and planted pomegranate orchards. He cultivates more specifically Bala-Myursal and Gyulasha Red pomegranates. 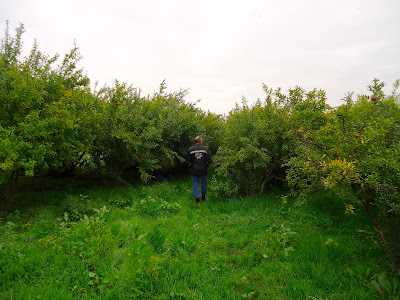 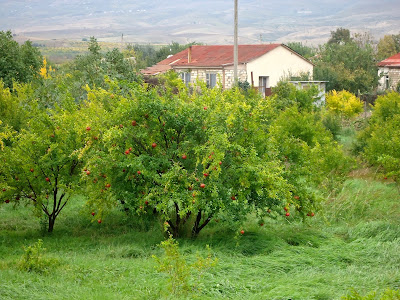 Here is Tarom's son, Aram, a very cute boy who helps his father in the pomegranate orchards." 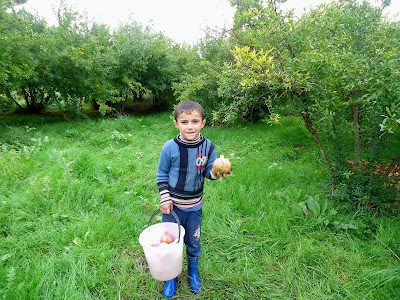