The praying mantises of Campinho

There are around ten species of praying mantises ("Louva-a-deus" in Portuguese) in Portugal. So far, I hadn't paid too much attention to them, taking a picture from time to time. This summer, I decided to look more carefully. As a result, we ended up coming across four different species of mantises. By far the most common is the European mantis Mantis religiosa (here, a male in a pomegranate bush the leaves of which are cut by Megachile bees). Walking through the grassland, I came across many of them this summer. 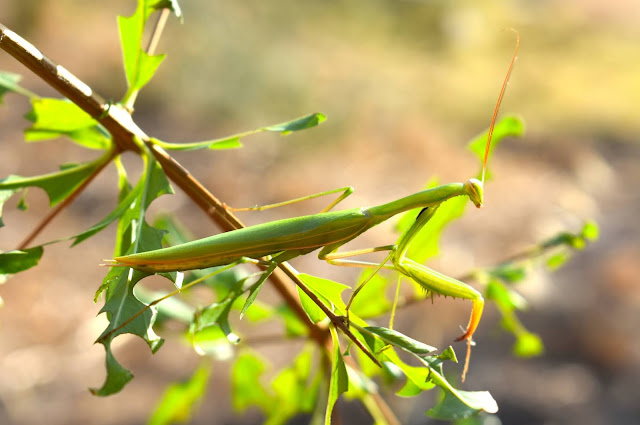 I was also happy to find two nymphs of conehead mantis Empusa pennata ("diabinho" in Portuguese) at two separate spots of the Monte. They were no larger than my thumbnail at this lifestage. 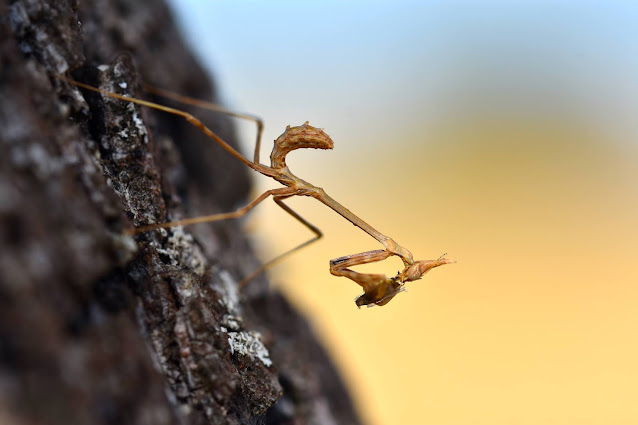 The biology of Conehead mantises differs from the one of other Mantises since it seems that females don't tend to eat the males after mating. The antennae of adult males are impressive and much longer than those of females. Here is one of the nymphs (above). If you are curious about their biology (and if you happen to read French), here is what the great entomologist Jean-Henry Fabre was writing about them at the very end of the 19th century.

We had already come across Mantis religiosa several times before. The same holds for Empusa pennata once, a few years ago. The surprise came from two extra species. One is the Mediterranean Mantis Iris oratoria, ("Louva-a-deus-ocelado" in Portuguese), with its wings painted with colorful eyespots... We came across a few in the village garden. Here is one on a Chaste tree bush. 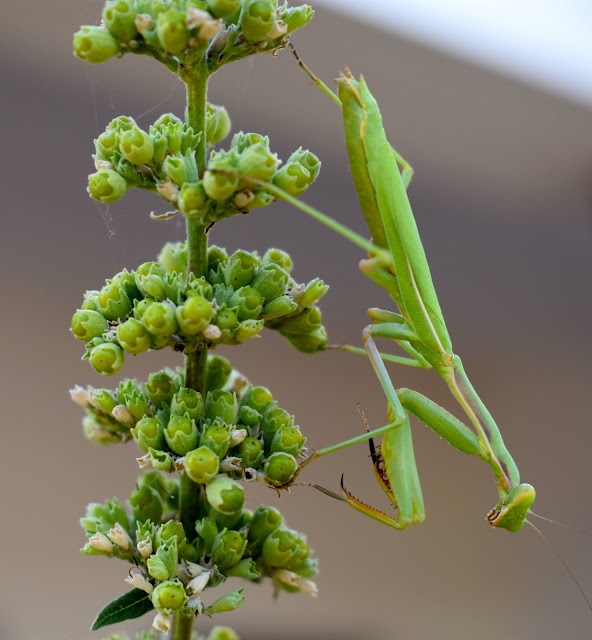 The last species is the European dwarf mantis Ameles spallanzania. The female (pictured here) has very short wings and is unable to fly, with conic eyers and a short and curved abdomen. This one came as a real surprise. The challenge will be to meet it again, and perhaps to discover one or two more species of Mantises, among those present in the Alentejo. We'll keep our eyes wide open... 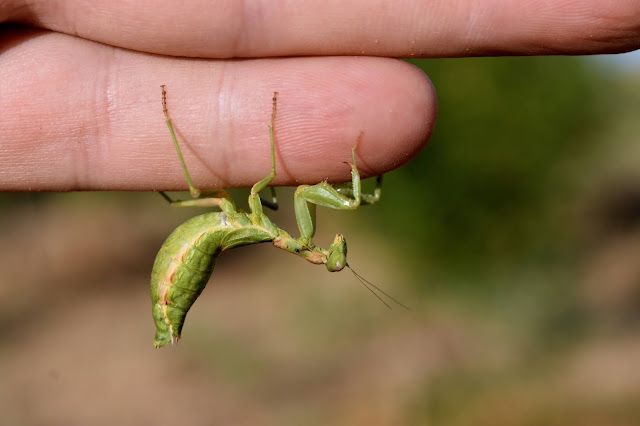